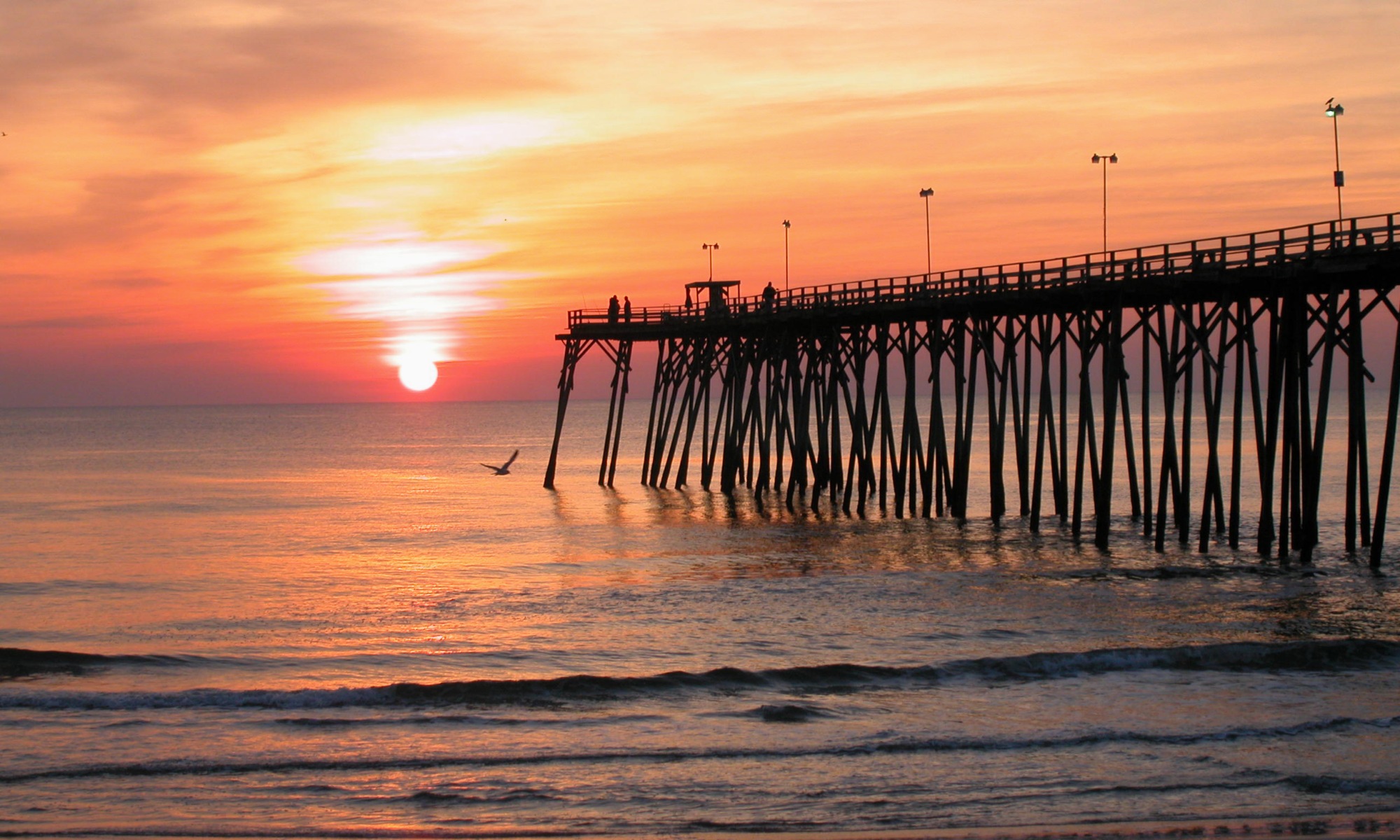 “I have a form of Parkinson’s disease, which I don’t like. My legs don’t move when my brain tells them to. It’s very frustrating.” George H.W. Bush

“I discovered that I was part of a Parkinson’s community with similar experiences and similar questions that I’d been dealing with alone.” Michael J. Fox

Summary: Two hundred years ago in 1817, Dr. James Parkinson published “An Essay On The Shaking Palsy”, which was the first medical document to fully describe Parkinson’s disease  (please click here to read a full-length version of Parkinson’s essay). A short synopsis of the essay and his life are included here.

James Parkinson and his essay from 1817

Who was James Parkinson?   I’ve read several review articles about Dr. Parkinson,  and it is clear to me he was a very intelligent, passionate and compassionate person: “James Parkinson (1755–1824) worked as a general practitioner in the semi-urban hamlet of Hoxton, north east of the City of London, where he had been born, and where he lived all his life. The historian Roy Porter considered Parkinson a man ‘with impeccably enlightened credentials,’ a doctor with a highly developed empiricist bent, committed to observation and recording of the human and natural worlds, and faithful to social and political ideals including widening of the franchise and improvements in the material conditions of the majority of people. In addition to his daily work in general practice, James Parkinson was a public health reformer, an advocate of infection control in London workhouses, a medical attendant to a Hoxton madhouse, a writer of political pamphlets and children’s stories, a geologist and fossilist, and the author of a textbook of chemistry.” ( click here to read the full citation)

Title page to the essay: (click here for a nice historical perspective of Parkinson’s disease). Publication: Parkinson J. 1817. An essay on the shaking palsy. Whittingham and Rowland for Sherwood, Needly and Jones, London. . 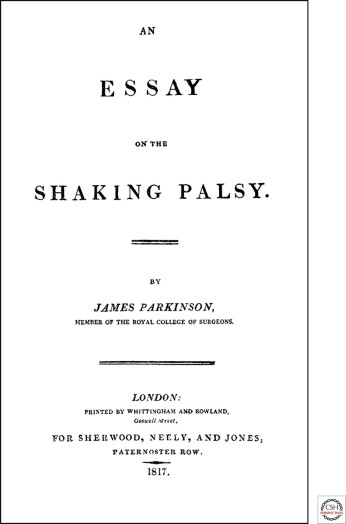 The Essay: Much has been written about the essay composed by Dr. Parkinson. Simply stated it is remarkably accurate in its depiction of Parkinson’s disease, which he called shaking palsy.   My goal in this post is not to exhaustively review his essay;  however, after reading this overview I hope you decide to read the essay. (Click here to read a full-length version of Parkinson’s essay).

Definition of a new disease:  Dr. Parkinson described it as a disease that had an “Involuntary tremulous motion, with lessened muscular power, in parts not in action and even when supported; with a propensity to bend the trunk forwards, and to pass from a walking to a running pace: the senses and intellects being uninjured.”   We know today that there are both motor and non-motor issues involved with Parkinson’s.

Knowledge that the patients were suffering:  Dr. Parkinson was most aware of what these patients were going through “the unhappy sufferer has considered it as an evil, from the domination of which he had no prospect of escape.”

Detailed and exacting description of the patients:  One of the more  interesting features about the essay is the detailed description of the six patients Dr. Parkinson observed: “So slight and nearly imperceptible are the first inroads of this malady, and so extremely slow its progress, that it rarely happens, that the patient can form any recollection of the precise period of its commencement. The first symptoms are a slight sense of weakness, with a proneness to trembling in some particular part; sometimes in the head, but most commonly in one of the hands and arms.” And here as well, “But as the malady proceeds, even this temporary mitigation of suffering from the agitation of the limbs is denied. The propensity to lean forward becomes invincible, and the patient is thereby forced to step on the toes and fore part of the feet, whilst the upper part of the body is thrown so far forward as to render it difficult to avoid falling on the face. In some cases, when this state of the malady is attained, the patient can no longer exercise himself by walking in his usual manner, but is thrown on the toes and forepart of the feet; being, at the same time, irresistibly impelled to take much quicker and shorter steps, and thereby to adopt unwillingly a running pace. In some cases it is found necessary entirely to substitute running for walking; since otherwise the patient, on proceeding only a very few paces, would inevitably fall.”  Dr. Parkinson also noted there was a sleeping disorder component, “In this stage, the sleep becomes much disturbed. The tremulous motion of the limbs occur during sleep, and augment until they awaken the patient, and frequently with much agitation and alarm.”

Hope for a cure: After describing the six patients in his essay, Dr. Parkinson postulated whether or not there was going to be a cure for this new disease? “On the contrary, there appears to be sufficient reason for hoping that some remedial process may ere long be discovered, by which, at least, the progress of the disease may be stopped. It seldom happens that the agitation extends beyond the arms within the first two years; which period, therefore, if we were disposed to divide the disease into stages, might be said to comprise the first stage. In this period, it is very probable, that remedial means might be employed with success: and even, if unfortunately deferred to a later period, they might then arrest the farther progress of the disease, although the removing of the effects already produced, might be hardly to be expected.”   We’ve come a long way in two hundred years in our understanding of this disease; however, we’ve yet to cure Parkinson’s.

A new disease:  Dr. Parkinson was convinced he had described a new disease. As neurology evolved over the next several decades, others read the essay and agreed. Dr. Jean-Martin Charcot  (the acknowledged father of modern neurology) suggested that Dr. Parkinson’s name be linked to the disease he had so accurately described; thus, “maladie de Parkinson” (Parkinson’s disease).  For an additional summary on Parkinson’s disease, and the man behind the discovery please click here

Closing thoughts about Dr. Parkinson: Clearly, Dr. Parkinson was a most talented individual; he was driven to be a good physician and to be an observant scientist.  With  this attention to detail, he was the first to really accurately describe this disease. And  if that wasn’t enough, Dr. Parkinson had a fossil named after him  because  of his interest in geology and paleontology if you’re interested in additional aspects of his life please click and read this paper. I  encourage you to look through any of the papers cited here; you will gain tremendous respect for Dr. James Parkinson.

To conclude, here are three quotes about Parkinson’s disease:
•“realized while I was announcing myself to the group that I was conceding something profound: that the diagnosis marked an irreversible change in my identity, the moment that one version of me ended and another version” Jon Palfreman (Brain Storms: The Race to Unlock the Mysteries of Parkinson’s Disease)
•The next time you are imagining the worst, look up the definition of imagination.” Robert Lyman Baittie (Tremors in the Universe: A Personal Journey of Discovery with Parkinson’s Disease and Spirituality)
•”Without the quest, there can be no epiphany.” Constantine E. Scaros (Reflections on a Simple Twist of Fate: Literature, Art and Parkinson’s Disease)