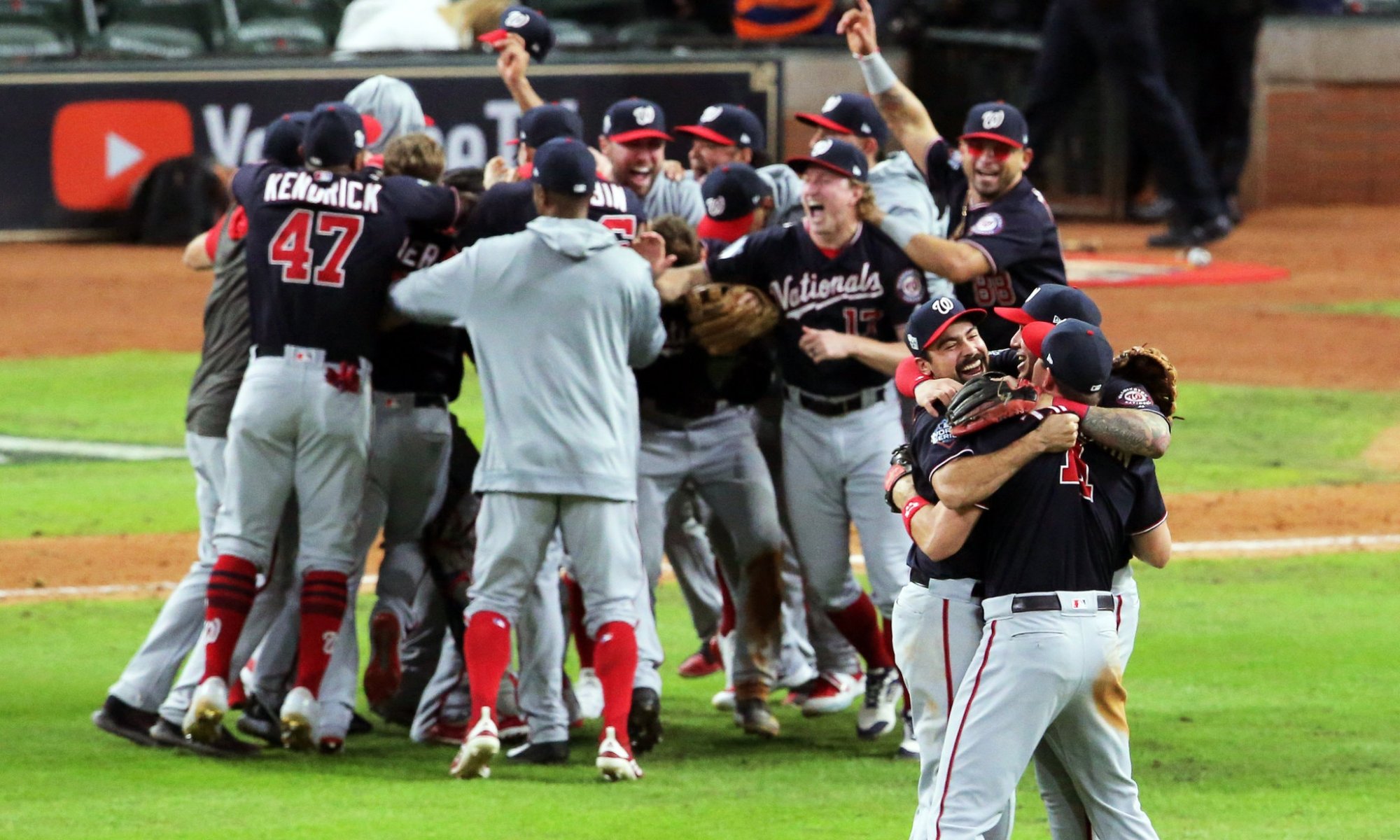 “One of the beautiful things about baseball is that every once in a while you come into a situation where you want to, and where you have to, reach down and prove something.” Nolan Ryan

Introduction: A leading story this week in the Sports section of the New York Times newspaper was “Nationals Win Their First World Series With One Last Rally.”

Baseball is a microcosm of life, you work hard, individually and together as a team; and a concerted effort over an extended time may result in a victory. This was shown by the Washington Nationals thrilling victory in the seventh and deciding game in Major League Baseball’s World Series. Likewise, an equally hard effort may ultimately lead to loss, sadly, this year, as shown by the Houston Astros in the 2019 World Series. The Astros had overcome the adversity of losing the first two games at home, then won three in a row in Washington, D.C., setting up the final two games back in Houston, Texas.

Truly showing perseverance, the Nationals rallied first to tie the series at three games apiece and then came from behind in game seven to win the World Series over the heavily favored Astros.

The Philadelphia Phillies, Los Angeles Dodgers and the Boston Red Sox: I have three favorite baseball teams, the Phillies, Dodgers and Red Sox.

“Find something good within your life and give every ounce of positivity you have towards it, then watch how your life changes.” Leon Brown

Perseverance and Life with Parkinson’s: If you are living with Parkinson’s, you likely use perseverance daily. What you once did quickly in life’s usual routine is now a little harder to perform, and what used to be a straightforward chore now takes longer with more effort. These past attainable life-events are still fulfilled using your perseverance.

For the past few days, I’ve been in New York City to support my girlfriend, Susan, while she runs in her 7th marathon. Having Parkinson’s means that I am somewhat challenged to maintain spatial relationships while walking among/around all-of-the-people who live in NYC (many millions more people than those who live in Chapel Hill, North Carolina!). What a stressful situation, which led to an accelerated depletion of dopamine. The usual daily contribution of dopaminergic therapy to my “dopamine-pool” never felt correct. Only with perseverance have I successfully navigated the streets and masses of people in NYC.

To successfully live well through Parkinson’s requires hope, patience, positivity, and mindfulness. No doubt, your life has been derived from many successful life-events and numerous character/personal traits. Always remember, when needed, persistence and tenacity will fuel your perseverance either to complete the task or to achieve a goal in the presence of Parkinson’s.

ADDENDUM (03 NOV 2019): Getting >50,000 marathon runners to the start site on Staten Island is a massive challenge to the organizers of the New York City Marathon. Therefore, Susan and I headed out at 5:30 AM to meet some of her team to begin their trip to Fort Wadsworth (Staten Island). And I had a ~25 min walk up Sixth Avenue (Avenue of the Americas) back to the hotel surrounded by several hundred-thousand marathon participants, all thrilled but somewhat anxious to get to their appointed transportation pick-up point. Unlike my walks mentioned above, this brisk walk was most delightful and very easy to manage.

“My motto was always to keep swinging. Whether I was in a slump or feeling badly or having trouble off the field, the only thing to do was keep swinging.” Hank Aaron

© Frank Church and journeywithparkinsons.com/ [2015-present]. Unauthorized use and/or duplication of the written material without express and written permission from this site’s author and/or owner is strictly prohibited. Excerpts of written material may be used, provided that full and clear credit is given to Frank Church and journeywithparkinsons.com/ with appropriate and specific direction to the original content.
Follow Journey with Parkinson's on WordPress.com
%d bloggers like this: