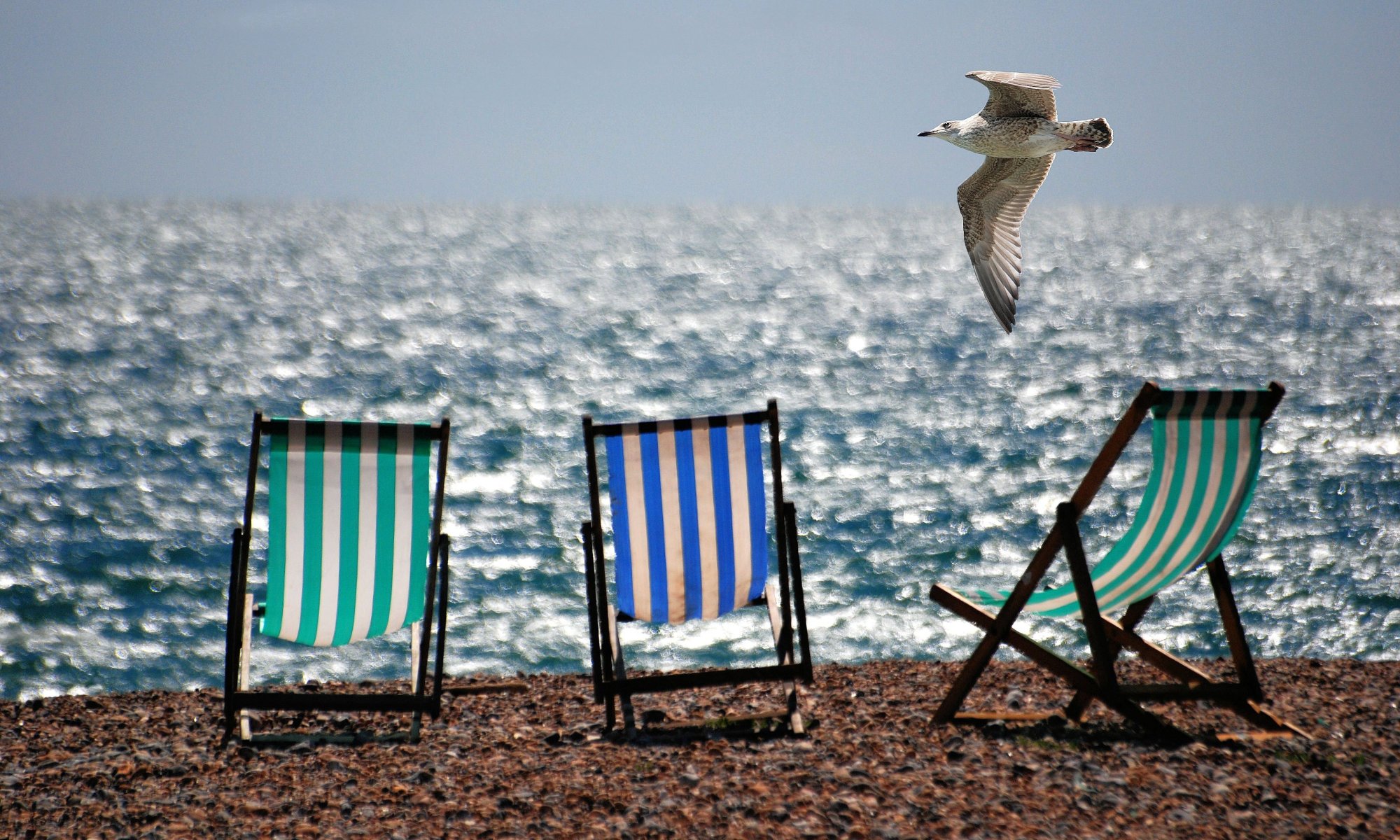 “The years teach much which the days never know.” Ralph Waldo Emerson

“Old age is not a disease – it is strength and survivorship, triumph over all kinds of vicissitudes and disappointments, trials and illnesses.” Maggie Kuhn

Introduction: This blog post presents a strategy to possibly reduce aging and it may also be neuroprotective in the Parkinson’s brain. The idea was presented by Professor Oliver T. Phillipson and tested/validated by others; I find it is both scientifically sound and very interesting. This is my attempt to explain how a strategy to reverse aging could be especially beneficial for people with Parkinson’s and likely valuable for older adults, in general. Let’s start by trying to define the meaning of the word “aging.”

Defining Aging:
A Scientific Definition of Aging from the textbook book Developmental Biology says that “Aging can be defined as the time-related deterioration of the physiological functions necessary for survival and fertility. The characteristics of aging—as distinguished from diseases of aging (such as cancer and heart disease)—affect all the individuals of a species.”

As defined by Wikipedia “Ageing or aging (see spelling differences) is the process of becoming older. … In the broader sense, ageing can refer to single cells within an organism which have ceased dividing (cellular senescence) or to the population of a species (population ageing).”

The National Institute of Aging at the NIH says that “Aging is associated with changes in dynamic biological, physiological, environmental, psychological, behavioral, and social processes. Some age-related changes are benign, such as graying hair. Others result in declines in function of the senses and activities of daily life and increased susceptibility to and frequency of disease, frailty, or disability. In fact, advancing age is the major risk factor for a number of chronic diseases in humans.”

From the textbook “Evolutionary Biology of Aging,” M.R. Rose defines aging as “a persistent decline in the age-specific fitness components of an organism due to internal physiological degeneration.”

“We’ll never be as young as we are tonight.” Chuck Palahniuk

The Aging Process: Simply put, aging is the process of growing old, regardless of chronological age. What causes us to age? It could be answered a hundred different ways by a hundred scientists/clinicians that focus their research on aging. I spent several years at the end of my research career focused on aging in cardiovascular health (NIH funding from the National Institute of Aging and Institute of Heart, Lung, and Blood, for a project entitled “p16INK4a, Senescence and Aging in Venous Thromboembolism”).

Aging is the process that progressively increases an individual’s susceptibility to various factors that cause death, and this process includes a loss of all physiological functions including reproductive capacity.

Multicellular organisms have a natural defense against cancer when cells/tissues are presented with an alternative fate that includes apoptosis and senescence.  By design, apoptosis leads to cell death and tissue loss, while senescence allows the cell to remain metabolically active despite the inability of further cellular division.

We describe senescence as a state of essentially permanent cell cycle arrest that a cell adopts in response to abnormal proliferative signals, intracellular stress, or DNA damage.  The word senescence is derived from the Latin word senex, meaning “old man” or “old age.”

“Every time I think that I’m getting old, and gradually going to the grave, something else happens.” Elvis Presley

The Biological Mechanism of Aging: There are many theories for aging; thus, there is not a consensus on what causes aging. Here are some possibilities that seem to make sense with regards to idiopathic Parkinson’s and an aging brain. Included below are brief descriptions for oxidative damage, mitochondrial genome damage, genetic instability and generic wear-and-tear, telomere shortening, and genes of aging.

•Mitochondrial gene modification- Mutations in the genome of mitochondria can promote changes in energy production, increased ROS production, and even the induction of apoptosis.

•Genetic instability and overall wear-and-tear syndrome- As we age, we generate small regions of trauma in cells and tissues, which ultimately result in the generation/production of defective/faulty proteins.  As these mutations start to accumulate, repairing them and regenerating the tissue becomes more difficult, ultimately reducing the cell/tissue/organ life expectancy. This wear-and-tear hypothesis would lead to a phenotype that most-likely resembles senescence.

•Telomeres Shortening- Telomeres are DNA sequences that are repeated at the ends of chromosomes. After each cell division, they are shortened because they are not replicated by DNA polymerase.  However, if present, telomerase adds the telomere onto the chromosome at each cell division. Most mammalian tissues do not have telomerase, which implies that telomere shortening could be considered a “biological clock” to ultimately prevent cells from dividing.

•Genes of Aging- Various species have genes related to aging. In humans as an example, we have Hutchinson-Gilford progeria syndrome, which results in rapid aging and death to affected children usually by the age of 12 years old.

“There is still no cure for the common birthday.” John Glenn

Anti-Aging and Parkinson’s: The biggest risk factor for Parkinson’s is advanced age. While there is no doubt a prominent and important group of young patients with early-onset Parkinson’s, the vast majority of people are older than 65 years of age (see figure below for some of the causes of the disorder).

“Aging is not “lost youth” but a new stage of opportunity and strength.” Betty Friedan

Nutritional Substances that Might Work Together to Manage Aging: This is not about a ‘Fountain of Youth’, these compounds have been studied in research laboratories using cells grown in plastic plates, in animal models of diseases, and being sold to many and hailed as anti-aging compounds. That is for you to decide. What got me interested in these molecules was a wonderful review by Professor Phillipson (Phillipson, O.T. Management of the Aging Risk Factor for Parkinson’s Disease. Neurobiology of aging. 2014, 35,4, 847-857). This was preceded by a case study (Phillipson, O.T. Inhibition of Aging in Parkinson’s Disease: A Case Study. The Journal of Alternative and Complementary Medicine. 2013, 19,10, 851-851).

The compounds being studied were as follows: a (alpha)-Lipoic acid (ALA), acetyl-L-carnitine (ALC), melatonin, and coenzyme Q10 (CoQ). Likely, the only substance you have recognized is melatonin. However, the properties being described below are less related to its property to aid sleep and more related to its potent antioxidant action in mitochondria. Since I am an old-time biochemist, I start with showing their molecular structures (See Figure below).

“Life can only be understood backwards; but it must be lived forwards.” Soren Kierkegaard

Combining ALA, ALC, CoQ, and Melatonin Could Possibly be Anti-aging and Neuroprotective: To summarize a bunch of observations together, I have prepared this Figure. On the left side are some of the events that happen in mitochondria within our cells that initiate an aging process. On the right side of the Figure are some of the known properties found for these four substances in ‘reversing’ or ‘preventing’ these aging event. And there is a reported synergistic effect between ALA and ALC, and then further additional events may occur with all 4 compounds.

Side Note: You may be asking yourself what are mitochondria? Wikipedia in a simplest manner says this: “Mitochondria (sing. mitochondrion) are organelles, or parts of a eukaryote cell. They oxidise glucose to provide energy for the cell. The process makes ATP, and is called cellular respiration. This means mitochondria are known as ‘the powerhouse of the cell’.” [https://simple.wikipedia.org/wiki/Mitochondria ]. From this definition you can gather they are part of the machinery in our cells responsible for generating energy. They process substances and they provide key power to keep our cells, tissues, organs , body alive and functioning. Think of an automobile with a dead engine, now consider the mitochondria like that engine, when the engine is working the car is usually moving. The middle part of the figure below has a schematic drawing of a mitochondrion.

Individual Properties of ALA, ALC, CoQ, and Melatonin That Suggest a Potential Role to be Anti-aging and Neuroprotective in Parkinson’s (References are given at the bottom of the post.)

“Age is an issue of mind over matter. If you don’t mind, it doesn’t matter.” Mark Twain

Putting the Pieces of the Puzzle Together:

“Anyone who stops learning is old, whether at twenty or eighty. Anyone who keeps learning stays young. The greatest thing in life is to keep your mind young.” Henry Ford

Conclusions: If you have read this far in this meandering blog post, you are either reading it to cure insomnia, a family member always loyal to the very end, or you are really interested in the background and use of these Complementary and Alternative Medicine (CAM) substances.

I am not here to tell you to take these substances because I know how likely it is you are already taking many tablets/capsules per day. Personally, I have been taking ALA (600 mg/day) and ALC (500 mg/day) for about 2 years. Off and on, I have been taking melatonin (3 mg at night), and a few years ago, I used CoQ but stopped following publication of the clinical trials.

Recently, I had a review published on treating motor and non-motor symptoms of Parkinson’s [24]. I suggested there were five treatment options for Parkinson’s: rehabilitate, therapy, restorative, maintenance, and surgery. The option of Maintenance uses CAM substances that potentially support and protect the brain microenvironment.  The compounds described in this post are most likely used to maintain the dopamine-producing neurons I have left in my brain.

My goal is to do what seems logical from what I have read and reasoned from the medical literature.  As I have said here many times, this is not medical advice; however, I have always presented issues and substances that I have used personally.  The best medicine for Parkinson’s is still exercise but I do believe helping maintain the health of my brain microenvironment is useful with a reasonable CAM strategy.

“I live in that solitude which is painful in youth, but delicious in the years of maturity.” Albert Einstein