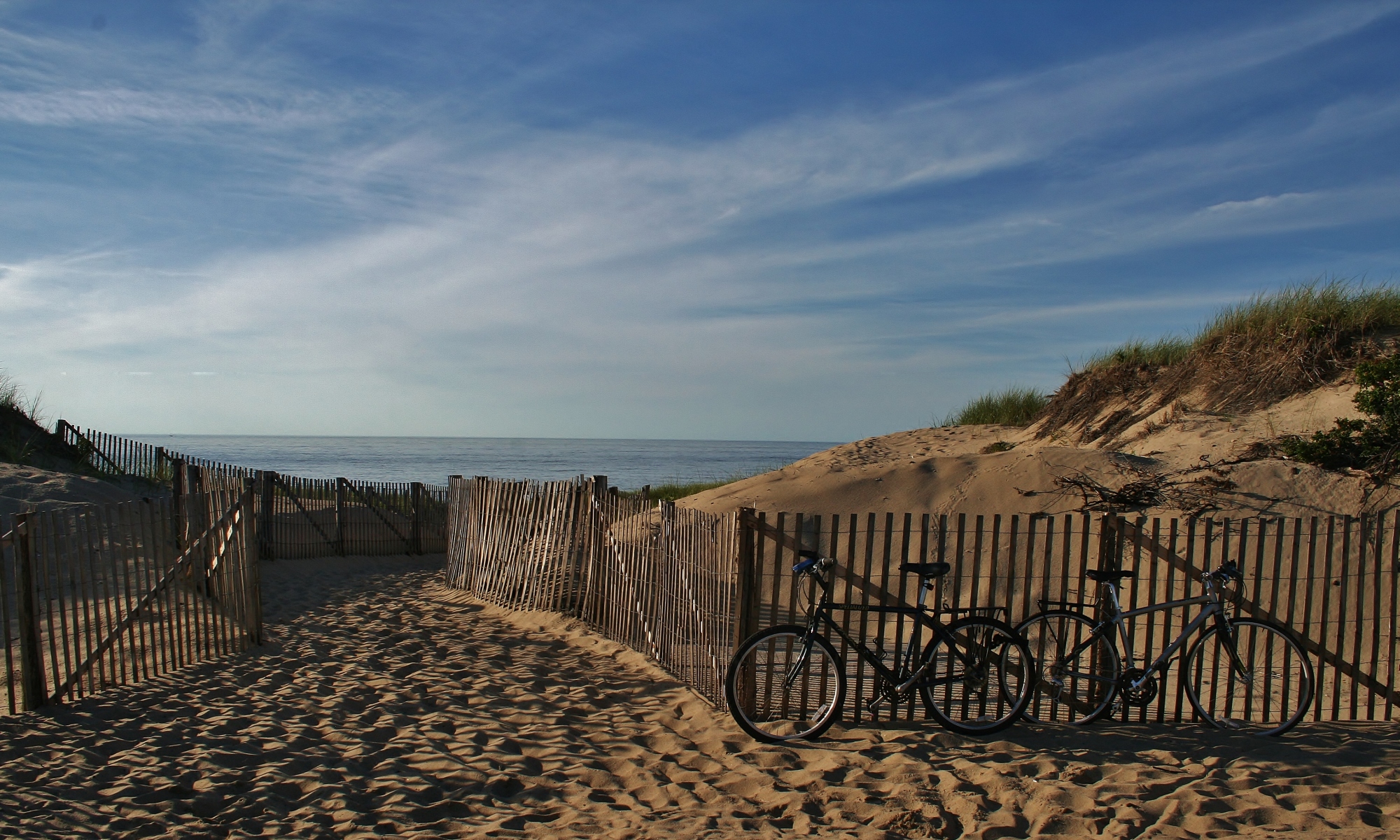 “It is better to take many small steps in the right direction than to make a great leap forward only to stumble backward.” Louis Sachar

“We are human. We are not perfect. We are alive. We try things. We make mistakes. We stumble. We fall. We get hurt. We rise again. We try again. We keep learning. We keep growing. And we are thankful for this priceless opportunity called life.” Ritu Ghatourey

Persistence and Parkinson’s: Persistence is continuing to try, an effect that continues even after the cause has been removed or something that sticks around for a long time (http://www.yourdictionary.com/persistence). To me another way of saying this is that persistence is steadfastness.  I spend a lot of time staying hopeful and being positive in dealing with this disorder. Yet perhaps the best trait to have is to remain persistent. When you have an incurable progressive neurodegenerative disorder, your effort needs to be constant and unwavering. Your persistence in dealing with this minute-by-minute really will make a difference. May these quotes about persistence reinforce your will and effort to deal daily with this unrepentant disorder named Parkinson’s.

“Pain is temporary. It may last a minute, or an hour, or a day, or a year, but eventually it will subside and something else will take its place. If I quit, however, it lasts for a lifetime.” From Lance Armstrong on his fight against cancer

“Our greatest weakness lies in giving up. The most certain way to succeed is always to try just one more time.” Thomas Edison

“Nothing in this world can take the place of persistence. Talent will not: nothing is more common than unsuccessful men with talent. Genius will not; unrewarded genius is almost a proverb. Education will not: the world is full of educated derelicts. Persistence and determination alone are omnipotent.” Calvin Coolidge

“A failure is not always a mistake. It may simply be the best one can do under the circumstances. The real mistake is to stop trying.” B. F. Skinner

“Failure is only postponed success as long as courage ‘coaches’ ambition. The habit of persistence is the habit of victory.” Herbert Kaufman

” The master has failed more times than the beginner has even tried.” Stephen McCranie

“Obstacles don’t have to stop you. If you run into a wall, don’t turn around and give up. Figure out how to climb it, go through it, or work around it.” Michael Jordan

“The best way out is always through.” Robert Frost

“Success is stumbling from failure to failure with no loss of enthusiasm.” Winston Churchill

“Better is possible. It does not take genius. It takes diligence. It takes moral clarity. It takes ingenuity. And above all, it takes a willingness to try.” Atul Gawande Better: A Surgeon’s Notes on Performance

“Promise me you will not spend so much time treading water and trying to keep your head above the waves that you forget, truly forget, how much you have always loved to swim.” Tyler Knott Gregson

“I’ve missed more than 9,000 shots in my career. I’ve lost almost 300 games. 26 times, I’ve been trusted to take the game winning shot and missed. I’ve failed over and over and over again in my life. And that is why I succeed.” Michael Jordan

“Patience and perseverance have a magical effect before which difficulties disappear and obstacles vanish.” John Quincy Adams

“A little more persistence, a little more effort, and what seemed hopeless failure may turn to glorious success.” Elbert Hubbard

“The phoenix must burn to emerge.”  Janet Fitch

“It gets easier, everyday gets a little easier. But you got to do it everyday, that’s the hard part, but it does get easier” BoJack Horseman (Season 2)

“You may encounter many defeats, but you must not be defeated. In fact, it may be necessary to encounter the defeats, so you can know who you are, what you can rise from, how you can still come out of it.” Maya Angelou

“Perfer et obdura, dolor hic tibi proderit olim.” (Be patient and tough; someday this pain will be useful to you.) Ovid (I saw this on The Walking Dead)

“The real glory is being knocked to your knees and then coming back. That’s real glory. That’s the essence of it.” Vince Lombardi

“The will to win, the desire to succeed, the urge to reach your full potential… these are the keys that will unlock the door to personal excellence.” Confucius

“Better is possible. It does not take genius. It takes diligence. It takes moral clarity. It takes ingenuity. And above all, it takes a willingness to try.” Atul Gawande

“Every man at some point in his life is going to lose a battle. He’s going to fight and he is going to lose. But what makes him a man is, at the midst of that battle, he does not lose himself” Friday Night Lights

“Nothing in this world can take the place of persistence. Talent will not: nothing is more common than unsuccessful men with talent. Genius will not: unrewarded genius is almost a proverb. Education will not: the world is full of educated derelicts. Persistence and determination alone are omnipotent.” Calvin Coolidge

“The best view comes after the hardest climb.” Unknown

Agent Smith: “Why, Mr. Anderson? Why, why? Why do you do it? Why, why get up? Why keep fighting? Do you believe you’re fighting… for something? For more than your survival? Can you tell me what it is? Do you even know? Is it freedom? Or truth? Perhaps peace? Could it be for love? Illusions, Mr. Anderson. Vagaries of perception. Temporary constructs of a feeble human intellect trying desperately to justify an existence that is without meaning or purpose. And all of them as artificial as the Matrix itself, although… only a human mind could invent something as insipid as love. You must be able to see it, Mr. Anderson. You must know it by now. You can’t win. It’s pointless to keep fighting. Why, Mr. Anderson? Why? Why do you persist?”

Neo: “Because I choose to.”
From the movie Matrix Revolutions

“When you find yourself feeling down, just think about how far you’ve come, all the obstacles you’ve managed to get over. You didn’t make it this far to quit now.” (from a dear friend, John Lian)

“If you can’t fly then run, if you can’t run then walk, if you can’t walk then crawl, but whatever you do you have to keep moving forward.” Martin Luther King Jr.

“It’s not that I’m so smart, it’s just that I stay with problems longer.” Albert Einstein

“The most essential factor is persistence- the determination never to allow your energy or enthusiasm to be dampened by the discouragement that must inevitably come.” James Whitcomb Riley

“That which we persist in doing becomes easier to do, not that the nature of the thing has changed but that our power to do has increased.” Ralph Waldo Emerson

“It does not matter how slowly you go as long as you do not stop.”  Confucius

This one is one of my favorites. I accidentally messed up a Michael Jordan quote in attempts to rally my softball team to fight back and win a crucial game, but I think this one is really cool…

So after Michael Jordan and the Bulls had gone 7 games with the Pacers to head to the NBA finals to face a well rested Utah Jazz. After they just won the game MJ was interviewed. The reporter basically said something to the effect of people are saying that you are all fatigued. MJ’s reply was great. He said “Our hearts are not fatigued. That’s the most important thing.”

My take on the quote was more like this… Our bodies are tired, but our hearts are not…so I was kind of close, and it worked for the Bulls to persist and win the finals, and it did the same for my team. I think it’s a pretty awesome quote.

4 Replies to “Chapter 7: A Parkinson’s Reading Companion on Persistence”